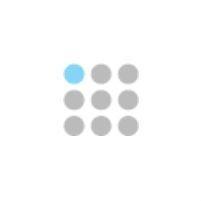 When you’re low on energy, you’re starting to lose muscle mass, and your performance is sliding, you may need to boost your levels of human growth hormone (HGH). At MyFitMed, we offer same-day appointments so you can get an assessment and discover whether your HGH levels are low. To learn more about the benefits of HGH peptides, call our office in Dallas and Frisco, Texas, or use online booking to schedule a consultation.

Your pituitary gland releases HGH, which is a hormone responsible for:

Your levels of HGH usually increase when you sleep and exercise. The boost in HGH during exercise depends on the intensity of your workout: the tougher the activity, the more HGH is released. Some factors, however, lower your overall HGH levels.

Being overweight and drinking too much alcohol decrease the amount of HGH secreted by your pituitary gland. Also, as you age, your levels of HGH naturally decline. After the age of 30, HGH secretion drops by about 15% for every decade of life.

Besides the normal decline of HGH, traumatic brain injury is a significant cause of HGH deficiency. Cells in the pituitary gland that produce HGH are highly vulnerable to trauma.

Other causes of HGH deficiency in adults are pituitary tumors or pituitary treatment with radiation therapy or surgery.

What are the symptoms of HGH deficiency?

Low HGH leads to diminished physical performance, and frequently causes psychological symptoms such as depression and anxiety. When levels of HGH drop, you’re at a higher risk of osteoporosis, cardiovascular disease, and high cholesterol.

You may also experience:

What are the benefits of HGH peptides?

Peptides are short chains of amino acids. When peptides bond together, they form protein, but that’s not their only role: Some peptides help regulate biochemical activities inside your body.

A group of peptides called growth hormone releasing peptides (GHRP) stimulate the release of HGH. When you take these peptides, they naturally boost your levels of HGH.

How can you increase your HGH?

There are different types of HGH peptides that increase HGH levels. We offer sermorelin, ipramoline, GHRP2, GHRP6, and a mixture of two or more. Each peptide has a slightly different effect. After running blood test and evalutating your symptoms, we can customize your treatment plan.

Taking an HGH peptide delivers essential benefits because restoring your HGH level reverses the symptoms caused by a deficiency. As a result, your muscle mass improves, your energy and stamina increases, and your immune system strengthens.

To start restoring your vitality, call MyFitMed or book a same-day consultation online.